Celebrating the Topping Out of One Cardinal Way 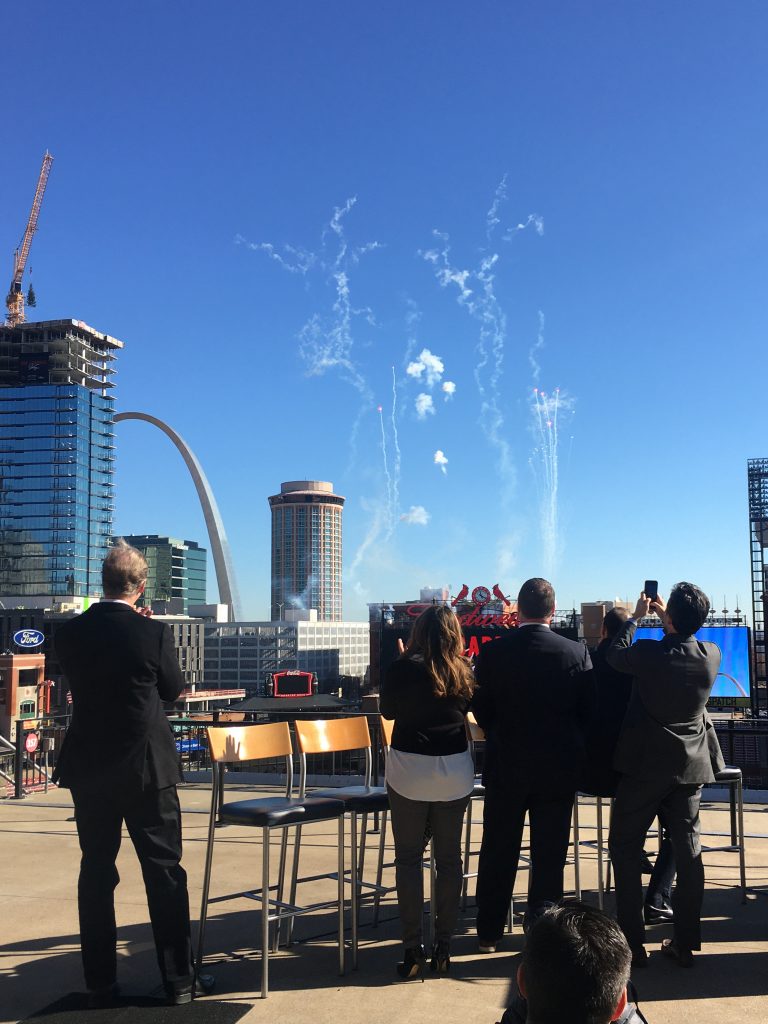 At 29 stories, One Cardinal Way offers unprecedented views of Busch Stadium and downtown St. Louis, offering an urban living experience almost completely immersed in the game experience. Not only that, phase 2 of Ballpark Village continues to draw new attractions into the entertainment District. Salt + Smoke was announced as a new tenant, offering another dining option to the residents of One Cardinal Way and the employees of the new PwC Pennant Building.

To achieve the topping out of this iconic new building, it took 400,000 man-hours of work, with an average of 240 tradespeople on site each day. As of the topping out ceremony, approximately 34 percent of this project is being completed by minority and women-owned businesses. This accounts for almost $35 million of the construction costs. Of the total project hours so far, more than 50,000 hours were from minority workers, more than 30,000 were from city residents, more than 48,000 were from apprentices and more than 11,000 were from female workers.

The celebration culminated with fireworks and the tradition of lifting of a pine tree to the roof of the building, to symbolize life throughout the project and hope for the building’s future.