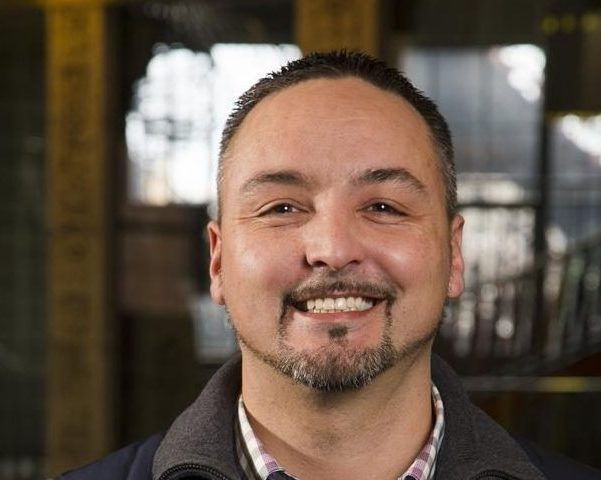 The 40 Under 40 List is sponsored by the St. Louis Business Journal. Honorees were culled from 500 nominations and span a variety of industries. In addition to excelling at their full-time careers these individuals are also making a difference in their own backyard by volunteering with numerous charities.

This article below appears in St. Louis Business Journal and was written by Katlyn Keller.

The historic Missouri Theater in Midtown’s Grand Center district is undergoing a renovation that began in August, and Gates serves as the project manager for the construction.

“PARIC took a 3-D scan of the entire building, which then told us exactly how everything was built,” said Gates, 36. “The team then designed and modeled the mechanical, electrical, plumbing, fire protection, along with the architectural and structural improvements, which allowed us to work out most of the problems before we started construction.”

The project, scheduled to open in October of this year, will include a 146-room hotel, restaurant, rooftop bar and headquarters for Bull Moose Industries, according to Lawrence Group, the developer of the project. PARIC serves as the contractor.

As a project manager for PARIC Corp., Gates’ responsibilities cover many segments at the construction firm, including scheduling and time management, budgeting, contract work, design coordination, material procurement, quality control and safety compliance, among others.

“Construction is exciting to me,” Gates said. “It changes every day and I get to work with a very diverse group of people. In a matter of four hours, I may work with brilliant architects and engineers, and manage millions of dollars of deliverables, and get the privilege of working alongside the nation’s best tradesmen and tradeswomen.”

PARIC is the area’s fifth largest general contractor, according to Business Journal research, with 2016 revenue of $494.2 million.

Gates had a less-than-traditional background before construction, serving six years in the army right after high school then as an instructor in military vehicle and weapons systems for the government.

Growing up in Decatur, Gates’ father owned a masonry company, which exposed him to residential construction at a young age. Initially interested in civil engineering, Gates chose to switch gears and study construction management so as not to get stuck behind a desk.

Gates recently served as the senior project engineer for the $44 million interdisciplinary science building at Webster University, Browning Hall, which opened in August. Mike Rallo, senior vice president at PARIC, said that Gates was “instrumental” to the successful completion of Browning Hall. “Devin is an extremely hard worker with a commitment to excellence,” he said. “He does whatever is needed to get the job done and is a great mentor to others in the organization.”

Beyond PARIC, Gates serves as a mentor to his two sons. Gates is a crew leader for Habitat for Humanity, and volunteers with the organization Team River Runner, which builds custom kayaks for disabled veterans to use during rehabilitation. In his limited free time, Gates loves being outdoors with his wife and children.