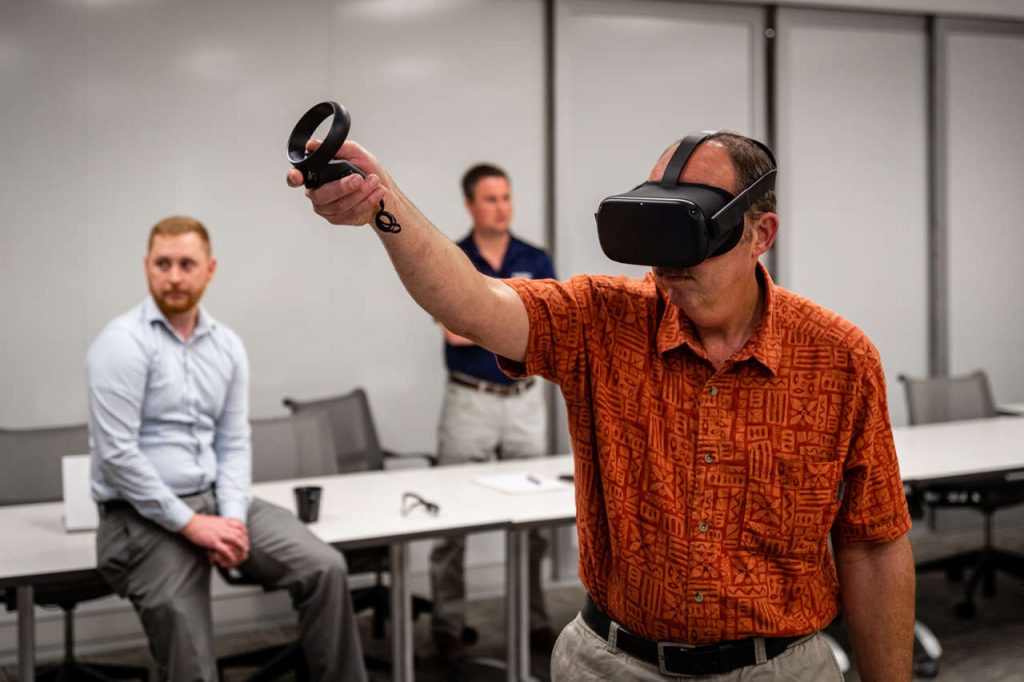 Using virtual reality during the construction process has been a tool for professionals in the AEC for quite some time. Unfortunately, workflow integration wasn’t always as efficient as it is now.

Integration of InsiteVR, a virtual reality software program, into the BIM 360 construction management platform has improved communication and collaboration. This integration allows models to be reviewed in a virtual environment. Teams can now access 3D model data with InsiteVR and a headset instead of of screen sharing or huddling around physical mock-ups.

PARIC has been on the forefront of technology for 40 years and has seen proven value of immersive viewing with VR. PARIC credits its success to effective communication and coordination with cutting-edge tools, technology, and continuous innovation.

PARIC’s willingness to develop new solutions with technology has reduced risk and improved collaboration on its projects. Recently, PARIC partnered with the InsiteVR team to integrate models hosted in BIM 360. These models are used in design review, coordination, and clash detection.

SEAMLESS WORKFLOWS: A REVOLUTION FOR VIRTUAL REALITY IN CONSTRUCTION

The virtual design and construction group at PARIC routinely holds BIM coordination meetings for each project. The main goals for the use of VR are to:

“We need a seamless solution to focus on project issues, not the drama of using VR,” says Andy Leek. Leek is the VP of Technology and Innovation at PARIC.

The team at PARIC ran into several roadblocks upon initial use of immersive viewing. Special model prepping was time consuming, and the hardware was expensive and clunky. In addition to the other VR software being expensive, it also required several users to be in one room plugged into their headsets.

Eventually, Leek and the team at PARIC partnered with InsiteVR and Autodesk to come up with a solution.

“We are big advocates for a single source of truth, which for us is BIM 360,” says Leek. “We wanted a product to link up to BIM 360 to make our workflow better by leveraging a common model that everyone looked too.”

Within four months, the collaborators had created a “one click” solution. The team could now automatically sync InsiteVR software with BIM 360. This integration caught the attention of AEC professionals and collaborators across the country. The workflow was presented at Autodesk University 2018. Since the presentation, even more progress has been made with the integration.

View the full article by Lauren Ginsberg on the Connect and Construct blog.