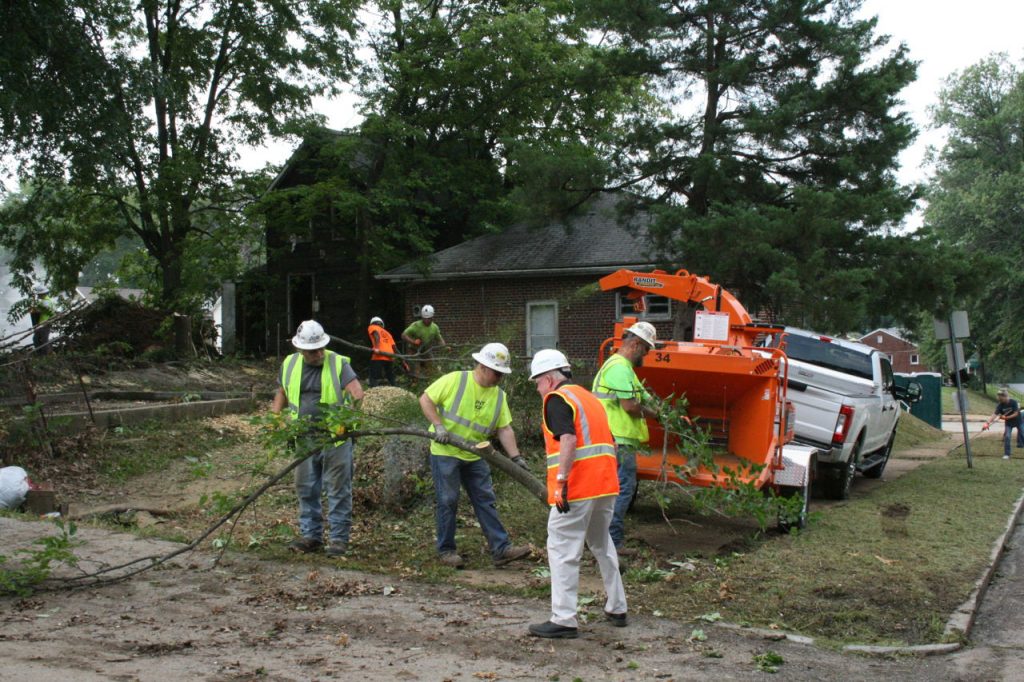 It’s being called Operation Clean Sweep and it’s considered one of the largest clean-up efforts in St. Louis City history.

Better Family Life is trying to make change in St. Louis through what’s called the “N-F-L Approach.” That’s neighborhoods, front porches and living rooms. Far too often in the city the view from a front porch includes abandoned homes. This weekend, that view changed in the Walnut Park Neighborhood in north city.

Over 100 PARIC employees rolled up their sleeves to revitalize the Walnut Park neighborhood in North St. Louis on Saturday, August 25th. Partnering with Better Family Life and several other construction companies allowed the volunteers to make a significant impact to the neighborhood. Armed with weed trimmers, wood chippers, chainsaws, and dump trucks the teams were able to clear close to 35 abandoned lots across 4 blocks.

In addition to cleaning up the abandoned lots, PARIC donated $5,000 in school supplies and household items. Volunteers passed out the supplies to anyone in need. Everything from backpacks to paper towels were available.

PARIC is dedicated to enhancing the community and plans to continue its work with Better Family Life.