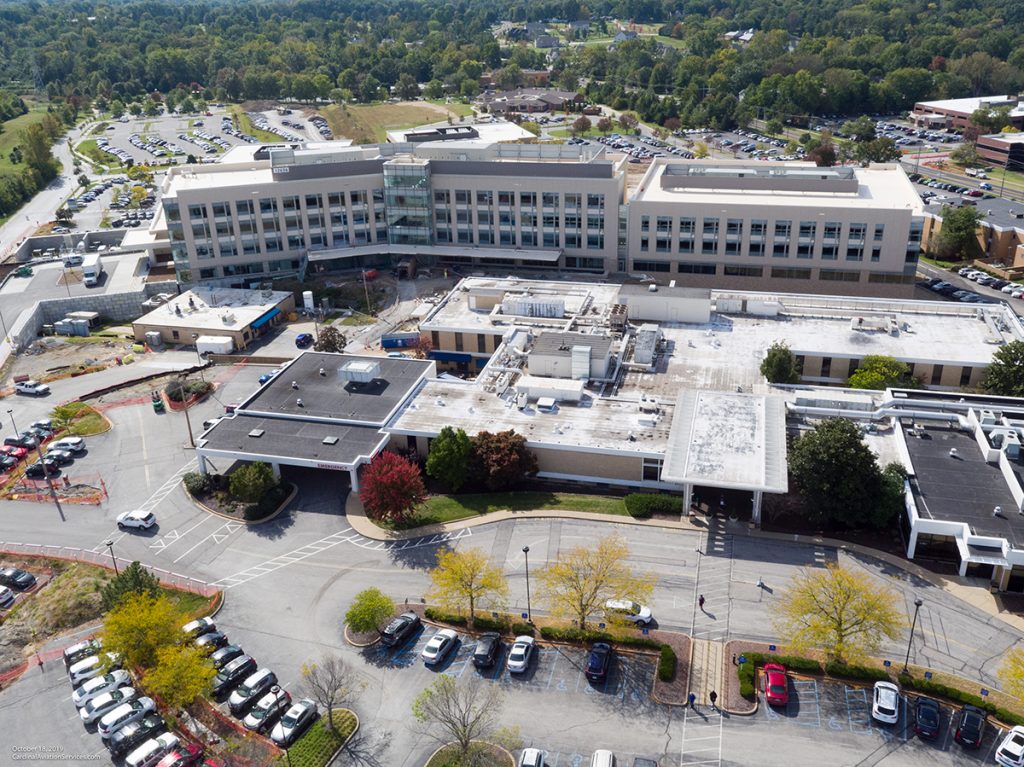 On Tues. Oct. 29, Barnes-Jewish West County celebrated the opening of its new replacement hospital with a ribbon-cutting ceremony. The new hospital is 260,000 sq. ft and six stories tall. PARIC partnered with KAI on the building, which was designed by Christner. IMEG was the engineer.

The new facility offers an additional 100,000 sq. ft. of medical office building, 14 operating rooms and 64 private patient rooms, with the flexibility to expand the patient and operating rooms in the future. It officially opened for business on Nov. 5, 2019.

Stephanie Jeffries, PARIC Healthcare Executive, says, “Working on an active campus next to the original hospital added another layer of challenges. We had to maintain continued access to the hospital, for patients, caregivers and all employees. Safety was always a priority. We worked closely with the staff to ensure a successful project, communication was key. In addition, we used a variety of tools and techniques which included a load-reducing Elastizell and suspending underground mechanical, electrical and plumbing systems.”

Yoany Finetti, Vice-President of Patient Care Services and Chief Nursing Officer of Barnes-Jewish West County, told the crowd, “This new hospital is designed to provide a comforting environment that is innovative and efficient, which will only enhance the excellent patient care for which Barnes-Jewish West County is known. In developing this hospital, we carefully considered how we could best support our bedside caregivers—our physicians, our nurses and our entire patient care team.”

To learn more about PARIC’s expertise in healthcare and life sciences, click here.