Turning to Virtual Reality BIM Review During a Pandemic 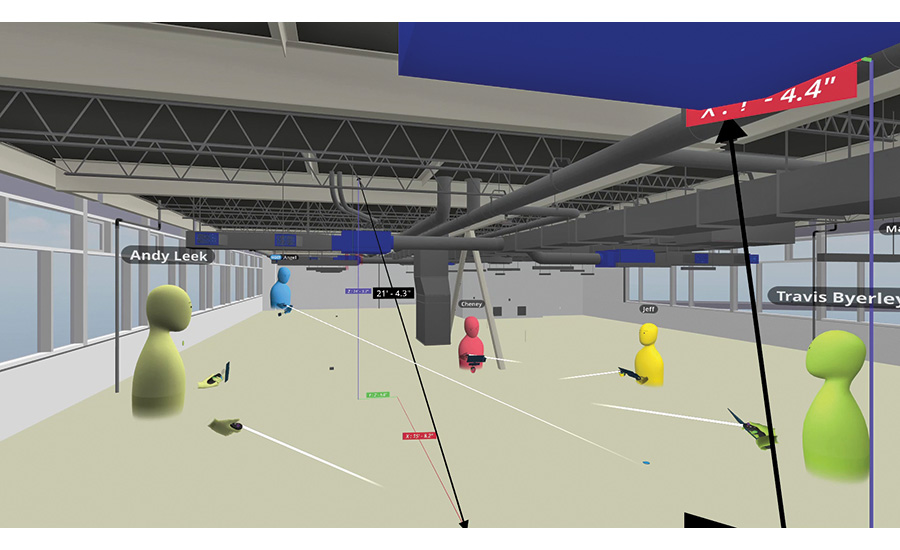 Keeping construction projects moving during a viral pandemic and partial construction freeze is forcing project teams to become creative. BIM-enabled VR set-ups aren’t new to the construction industry, but recent challenges have now shown these tools to be  usable mediums for design and review, rather than just marketing gimmicks.

“These days it’s hard to get everyone into one room—we’re limited to small groups standing 6 feet apart,” says Andy Leek, vice president of technology and innovation at St. Louis-based general contractor PARIC Corp. “But working in VR, if someone brings up a design issue we can load up a model and get in there.”

InsiteVR is one tech firm offering virtual reality BIM review, and it’s fully integrated into Autodesk’s BIM360 cloud-based platform. BIM models can be loaded up in VR with a few clicks. Annotations and notes made in VR are automatically captured in the BIM, and can be used to automatically generate RFIs and other project documents.

PARIC has been using InsiteVR for all phases of projects, from early design work through construction and final handoffs. “Recently, because of the [COVID-19] stuff, we have had a number of real estate and sales people call to see if we could load up their models so someone could walk through a rentable space,” says Matthew Wellhausen, VDC manager at PARIC. “So, every stage of the project we’ve touched or used VR.”

View the full article on ENR.com.